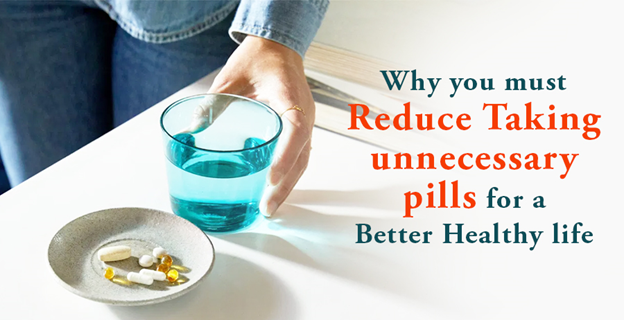 An interesting study suggests that almost the majority of our population these days are taking some form of prescription medicine. And not to mention that the proportionate number of people using the non-prescription OTC pills is much more than this.

The question is whether we are using any of our existing medicines for too long and whether it can create any adverse effects.

It is indeed true that some medicines taken over the long term can do more harm than causing good. While your underlying disorder may be cured there have been instances where it has cropped back up just because of its excessive use way beyond the general prescribed term.

On other occasions, the underlying disorder would be cured but a new one or even more would crop up in its place.

Sometimes changing your lifestyle to some extent in certain ways can ease off the symptoms.

It is always better to go only as per the prescription of the doctor on how long medicines should be taken.

Even if you are using a non-prescription medicine you should stay in touch and under the supervision of a doctor and go for regular checkups to avoid unnecessary use of pills.

Problems associated with taking short term medicines for too long

There are many times that we suffer from temporary or minor problems for which we take a variety of pills. Generally, you should take approval from a doctor even if the prescription is not required.

If not then at least check the back label information to find out how long is it safe for using the medicines.

There are many steroidal types of drugs and certain anti-inflammatory pills that increase the risk of a heart attack for a stroke on prolonged use.

You should check the warnings given on the back label if you are using certain medicines that include ibuprofen and naproxen.

Even with the short-term use of such pills, one might be at more risk of dangerous consequences of heart attacks or a stroke in the future.

A specific type of pill that is diphenhydramine found in Benadryl and some sleep meds is anticholinergic. There are some other drugs too such as those used for curing depression, bladder control, and curing Parkinson’s disease.

Doctors agree that these drugs should not be used for a period exceeding three years as this can severely increase the chances of dementia.

These drugs when used temporarily can be fine in younger people but dementia occurring chances multiply several times for application on older people above 65 years.

There are these medicines called proton pump inhibitors that people use for curing heartburn. Doctors suggest to not use this medicine at a stretch for more than 2 weeks.

Do this and you increase the chance of falling victim to magnesium deficiency. And this is not all, there are some more severe consequences of using the PPIs, and that includes permanent shaking disorder where the fingers would shake and tremble and so will be the hands and legs.

These are one of the common symptoms with over-the-counter sleeping pills and some anticholinergic pills.

While insomnia can itself lead to depression anxiety and stress, so will its curable medicines. You need o use the medicines with precaution and stays under the supervision of a doctor.

Also, avoid taking the sleeping pills at a stretch of more than a month.

Some nasal decongestion sprays such as Afrin can cause hallucinations and this can be quite a problem.

Avoid using the medicine at a stretch for too long and consult a doctor to find out the appropriate brand.

Problems of taking long term medicines for an even longer period

Prescription pills have their associated and long-term side effects when you are using them for a long time.

The mood change disorder can be a common symptom that can lead to s disorder itself with the intake of antidepressant-type pills over a long time.

Generally, the medicine should be taken if needed for a very long time in stretches or periods of 6 months but not more than this.

What is more severe than suffering from this sudden mood disorder may hinder your capabilities to get hard and have stronger erections.

Although it is curable using pills while you Buy Fildena and Vidalista, or you Buy Cenforce 200 why should you even let the problems occur in the first place?

Some antipsychotic pills can increase the chances of confusion in people. Generally, these drugs should be carefully used if need be for more than a year.

This is a problem mostly seen in people above 60 years and the probability of suffering is even higher too.

Damage to the liver, kidney, and heart

Statins are medicines that help you to prevent various heart diseases. But statins are known for their liver-damaging abilities for a long time. not only these sometimes people can also start developing various nephritic disorders and heart diseases too.